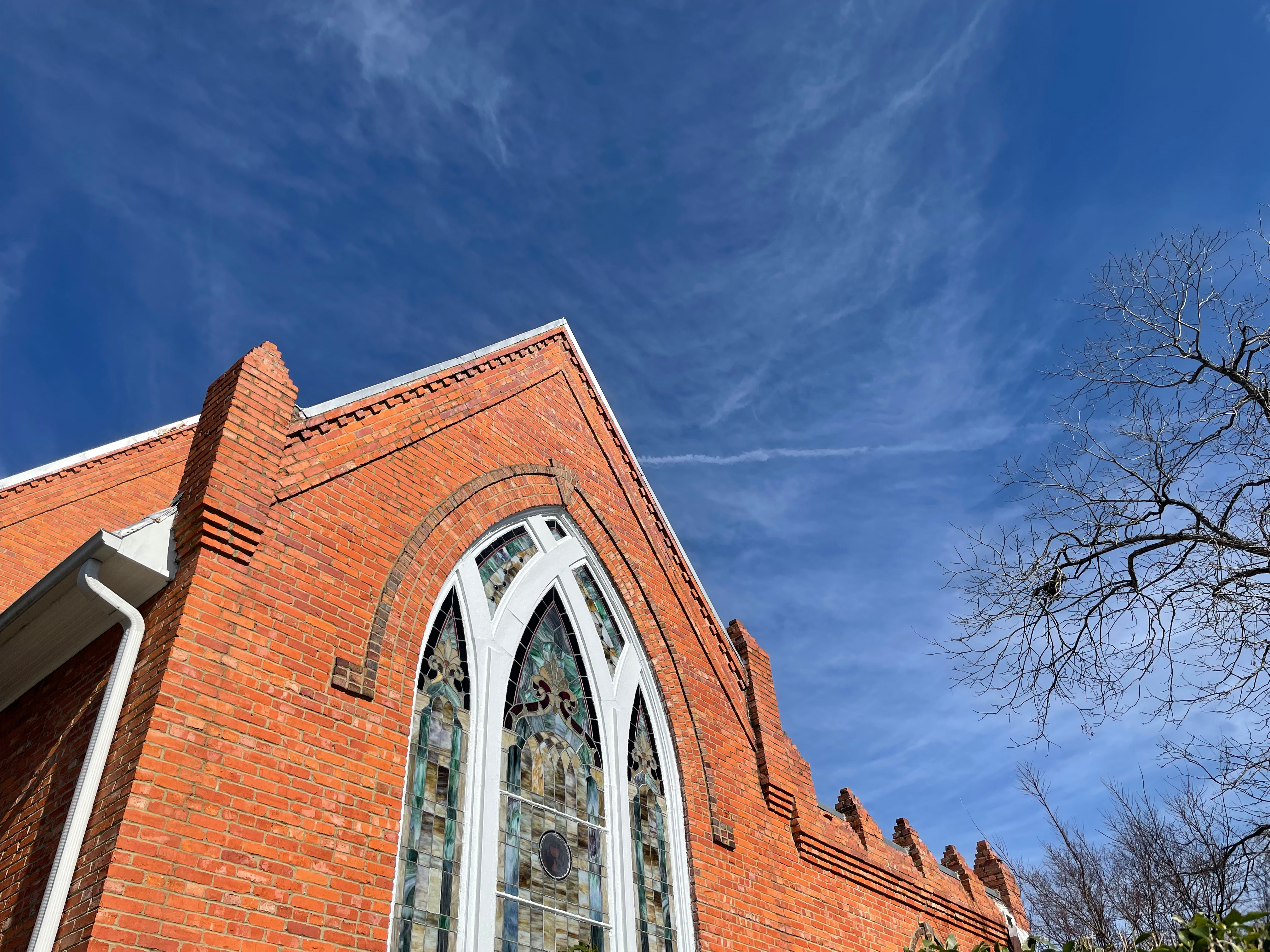 Saint Mark’s is an Episcopal Church serving Prattville, Alabama. We are part of the Diocese of Alabama, which is one of two Episcopal Dioceses in the state and which numbers more than 40,000 Episcopalians.

We are a diverse group of people of many backgrounds, experiences and circumstances who proclaim a common, historical faith deeply rooted in Scripture and the breaking of bread.

St. Mark’s is a community of more than 400 members who are anxious to meet you! After you have browsed through our web pages, why not give us a call. Or, better yet, come by and visit!

St. Mark’s Episcopal Mission was organized in 1859, and was admitted as a mission congregation to the Diocese of Alabama on July 26, 1877. Prior to that date, however, services for local Episcopalians had been held as early as 1853 in the First Presbyterian Church of Prattville.

In 1876 the congregation bought an old frame building from the Methodist Church and moved it from across Autauga Creek to our present location at the corner of Washington and Fourth Streets. The Rt. Rev. Richard Wilmer, Bishop  of the Diocese of Alabama, consecrated the church building on St. Mark’s Day, 1877, with the Rev. Frank B. Ticknor named as priest-in-charge. This frame building served as the place of worship until 1909 when the present church building was constructed. The first service was Morning Prayer, and was conducted on June 27, 1909, led by a lay reader in that St. Mark’s did not have a priest at the time.

A child in the congregation, 15-year-old Erin Chapman, drew up the original plans and specifications for the present building, built at a cost of $5,400. It was the first brick church in Prattville. Miss Erin Chapman remained at St. Mark’s and was the organist for 40 years.

On October 17, 1909, the building was already free of debt and was consecrated by Bishop Charles Beckwith. The red tile cross in the Narthex in the entrance of the Church indicates where Bishop Beckwith stood at the consecration.

St. Mark’s celebrated its sesquicentennial in 2009 with a year of special services, outreach projects and a gala in which the Very Rev. William Stafford, dean of the University of the South in Sewanee, was the keynote speaker.

The Rev. Scott Arnold has served as our rector since 2005.

Sign up to receive our weekly newsletter The Winged Lion and general announcements from the church.